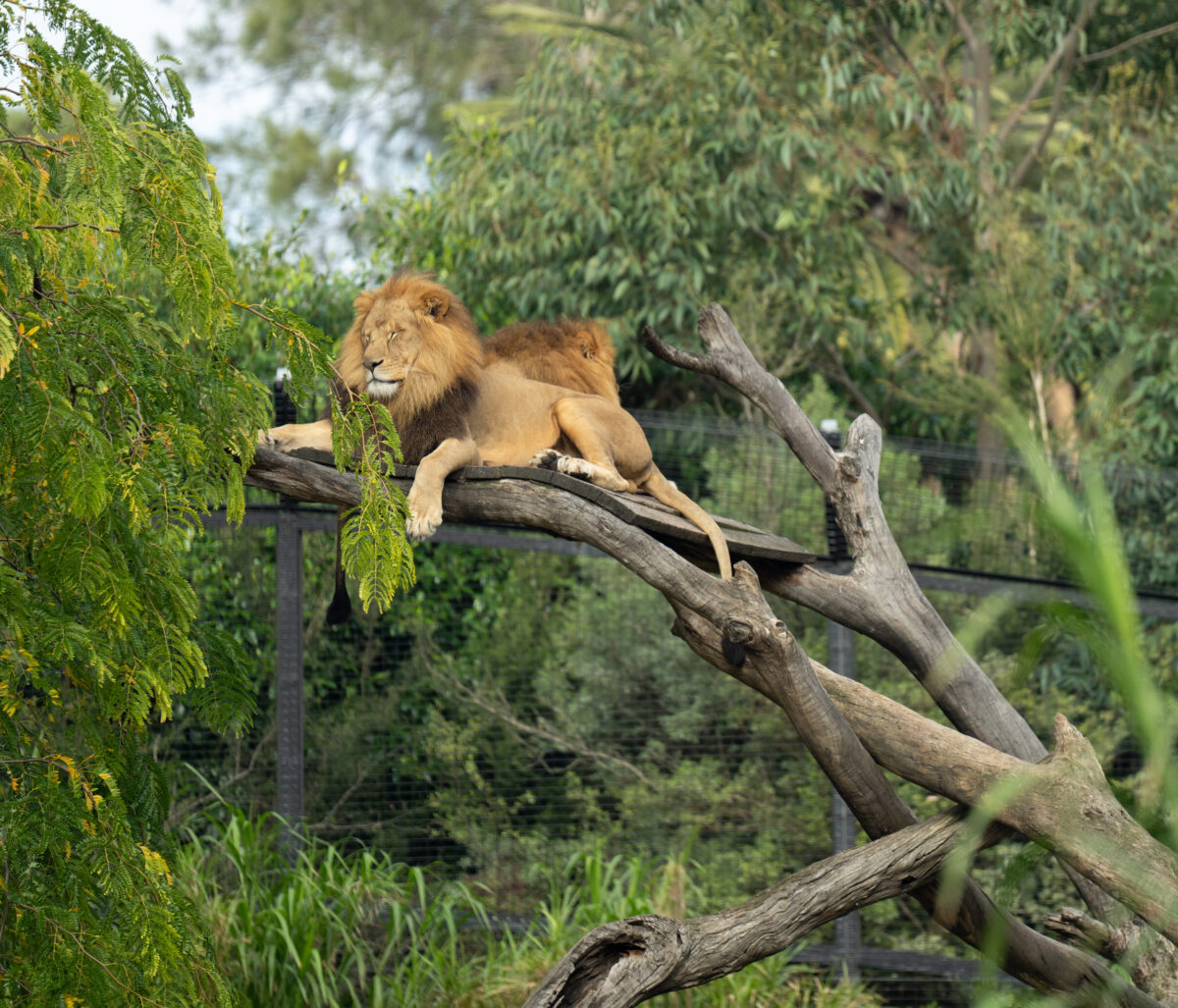 I could have titled this post “Cats!”, but after my previous tree-house post, I felt obliged to act for gender balance. Here are the rest of today’s images.

The shot of the second lion alone in the tree house was shot at ISO 400 at 200mm. If you look at the sky top right of this image you’ll see some strange artefacts in a grid. It took me a while to work out what it was, and why it only affected the bokeh, and not the parts of the image that were in focus. I was shooting through square mesh (you can see some of the mesh in the tree-house shot), and it was very much out of focus, which made it disappear in the in-focus parts of the image, but it still affected the parts of the image just as out of focus in the opposite direction. I’d seen the artefact once before and hadn’t been able to explain it; it is satisfying to know what causes it (that doesn’t mean I have to like it…)

The strolling lion (the one who was facing us in the tree-house shot) was also shot at ISO 400 (I should perhaps set minimum ISO to 500 to take advantage of the slightly cleaner start of second gain), but at 83mm, and this image is not cropped. (much closer!).

The snow leopard was padding towards on his large soft paws. Sometimes it looks to me as though he is wearing slippers. This was shot at ISO 500 at 200mm, and cropped.

The tiger was very much a lady at leisure. Photographed at ISO 1600 under the shadow of the bamboo, at 197mm (not quite 200mm) and cropped slightly.