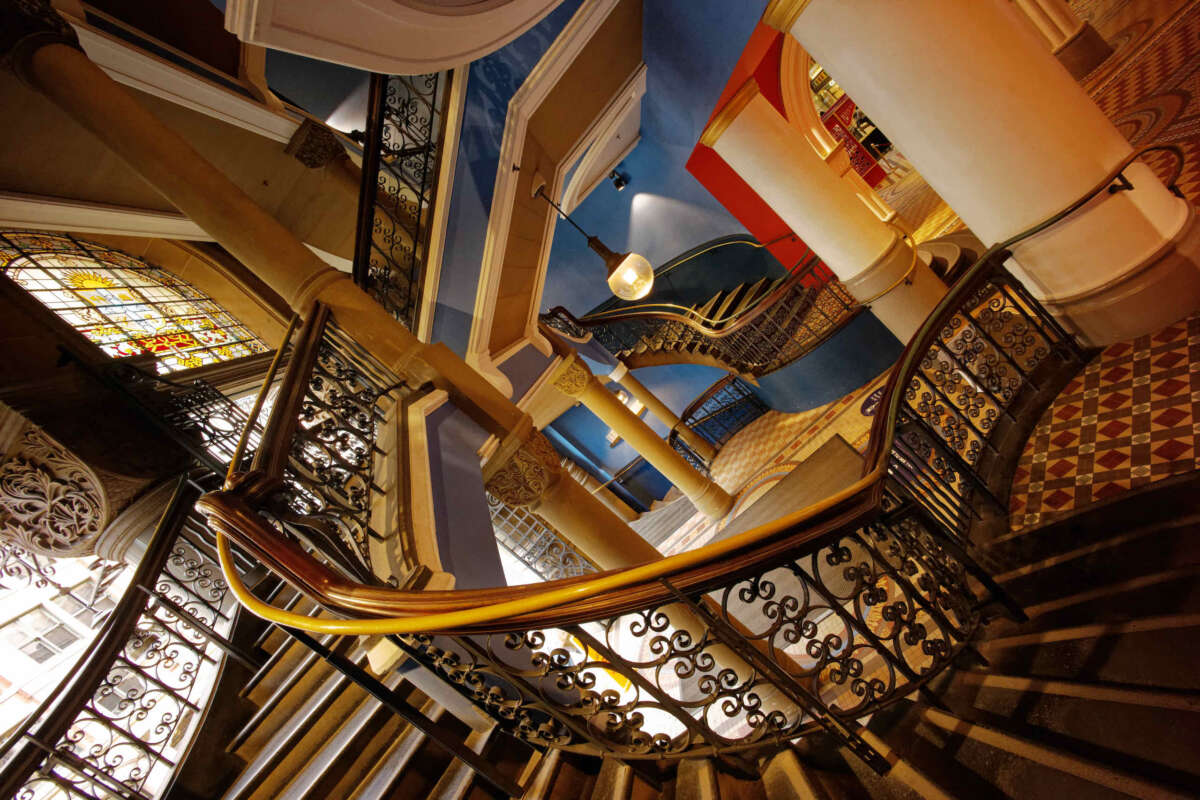 This is the grand staircase at Queen Victoria Building, but captured at an angle that reminds me of M. C. Escher’s famous lithograph “Relativity” (1953).

Escher’s famous work of art (part of his ‘impossible constructions’ series) portrays an interior space consisting of multiple staircases leading in many directions and opening up to different, light-filled exterior spaces. There appears to be multiple perspectives and taken as a whole the building and it’s various inhabitants seem to defy gravity, depending on which perspective you adopt.

The staircases in the Queen Victoria Building, on the other hand, are not impossible though undoubtedly impressive. I chose to capture them using a 15mm wide angle lens (Voightländer Heliar) which exaggerates perspective, at a dutch angle so it seems reminiscent of Escher’s multiple perspectives.