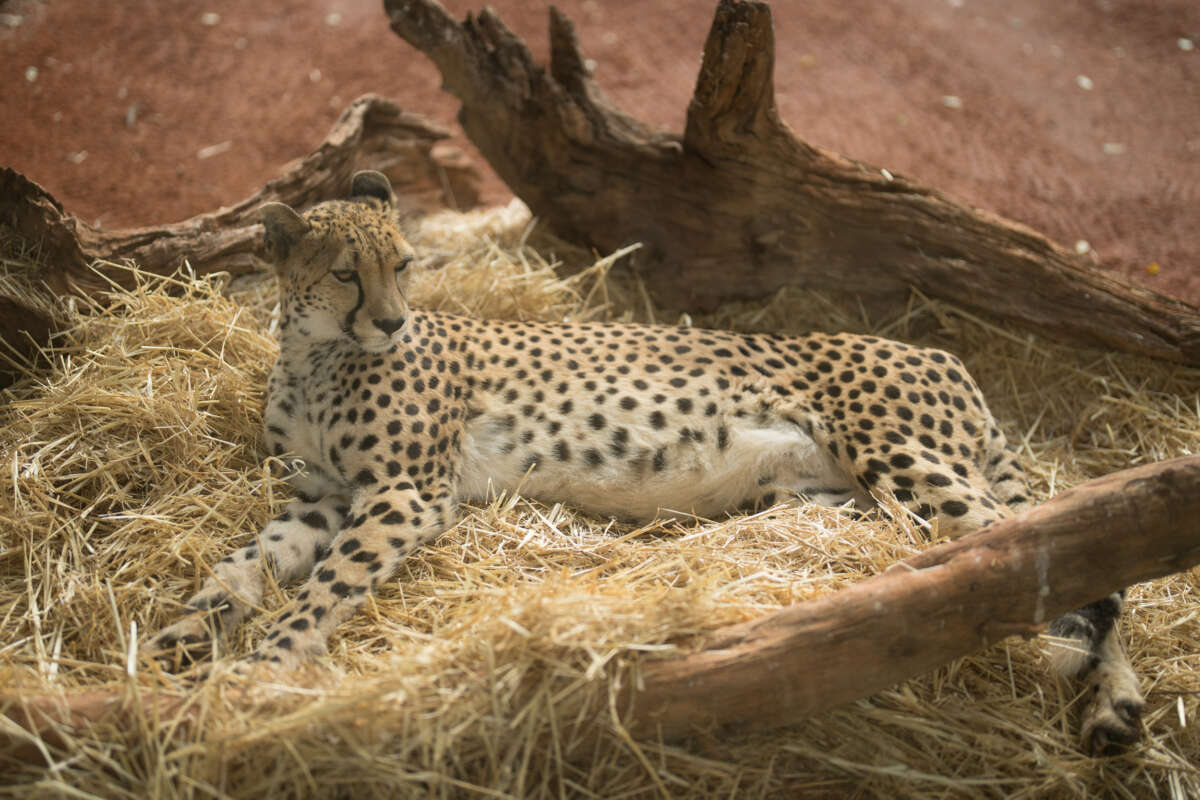 The Sony Alpha 1 camera is the first in a new line of cameras from Sony. It was announced in January 2021, and began to appear in Australia in late March. These are some of my thoughts on the camera after owning one for a bit more than a month. Call it my second first impressions, if you like. Why the image above? Because the A1 is a speed demon, but sometimes I want it to relax…

I have been using the A1 for over a month now, and I’ve clocked up well over thirty thousand frames on it already. I have owned a few cameras in the past which I sold without reaching 32 000 frames, but they weren’t as much fun as the A1. Besides, it’s way too easy to shoot a lot of frames on the A1. Put it on lossless compressed RAW, load a couple of 160GB CFexpress A cards (which hold 2024 lossless compressed frames, according to the display after formatting them), and set the drive mode to H (default = 20 fps). You can fill one of those cards in 101 seconds (well, maybe 102), and both in under 5 minutes, using over four thousand images to do it. Note I said can, not should…

Mistakes – I’ve Made a Few

Tracking Focus on the Wrong Thing

This has to be the number one mistake I have made. I point the camera at what I want to track, think I’ve focussed on it, start shooting, and then notice that it isn’t being tracked. I’ve locked focus on the ground or a tree instead of the bird, and the bird is laughing at me (I’m sure it’s laughing, but you can’t tell from my blurry photographs…)

I’m sure I’ve done this before, but it was always easy to blame the camera – it locked focus on the wrong thing, or it failed to track. Not any more. This camera is very good at tracking, if you get it locked onto the right subject.

Now I have a 10CC song stuck in my brain: “I was walkin’ down the street, concentratin’ on trackin’ right, I heard a dark voice beside of me, and I looked ’round in a state of fright” – and that dark voice is telling me I got it wrong… Me. Not the camera.

This camera forces me to try harder!

And this is definitely the number two mistake I’ve made. Before I switched the card setting to overflow from one card to the next, I hit a couple of times when I filled a card at an inopportune moment. It’s easy to do with this beast. One time I even filled two cards and had to dig on my bag for a third (SD card) to keep going. Oh, and I must admit that using SD cards (Sony Tough SD cards, write speed 299MB/s) isn’t as restrictive as I thought it was going to be, because the buffer on the A1 is large, and because I can change settings while the buffer is draining to the card.

I overheard someone saying that they weren’t sure that they’d need to get the 160GB CFexpress card, because they would be able to get plenty of images on the 80GB. My guess is that they didn’t see the A1 the way I do – as the weapon of choice for capturing motion in bursts of images. Maybe they were planning to shoot video? After all, video files are small, aren’t they? (can we get first aid to the videographers in the audience who are choking right now?) More realistically, we can shoot all of the video modes to V90 cards, so SD works fine – the files may be large, but they are recorded at a sustainable rate. It’s only long continuous bursts of RAW stills that exercise the cards heavily.

When I’m using the A7R IV I mostly shoot single-shot, although I do sometimes tap the shutter button a few times in rapid succession. The A1 is genuinely different. I usually have it on continuous (not always Hi, but often). So I sometimes get a burst of ten or twenty images of exactly the same thing when I meant to take one. Do that often enough and you’ll fill the card fast. I am getting better at controlling that, and at switching to single shot when I don’t need rapid-fire.

My thirty thousand frames, including processing files for the ones I have processed, occupy over 2.5TB. I have them backed up to two different external drives, and I’m contemplating getting another NAS just for the A1. I am also thinking of dropping my previous policy of retaining every RAW file I shot – I have massive numbers of duplicates and near-duplicates at the moment. I am going to have to start culling images before backing up, even though 4GB and 5GB portable hard drives (my main backup media) are quite cheap now.

I took a photo of two friends, and they asked when I was going to take the shot, because they heard no shutter – they were still waiting. I’ve been told this can be a real issue for models, because they wait for the shutter sound, then move to their next pose. If I take the A1 into a studio, I guess I’ll want to turn on the fake shutter sound. That’s assuming I don’t switch to the mechanical shutter to get the 1/400 flash sync speed.

I have yet to use the mechanical shutter on the A1. I have mine set on silent mode – no fake shutter noise, no focus confirmation beep, no noises at all. For photographing animals, that can be a big advantage. Not so bad for shooting candids, either. I imagine it would be good when shooting golf, or other sports where a photographer must not be distracting.

I’ve added Audio Signals and Silent Mode Settings to the My Menu sub-menu where I’ve put flash settings, so I can turn on a shutter noise if I need to.

When I saw that the name of the new camera was the A1, I thought of paper sizes. Did you?

Outside North America, most of us are familiar with A4 paper – it’s what we load into printers and photocopiers for printing documents when we are doing the jobs that earn us the money we spend on cameras. Not everyone is aware that the A system has more sizes, but they range from A0 to at least A8, and they have a special aspect ratio which means that if you cut the sheet in half, the two halves have the same aspect ratio as the original. The aspect ratio is 1 : square root of 2, or approximately 1:1.4142. The starting point is A0, which is a sheet of paper that’s as close as can be to one square metre in area, but with that magic aspect ratio – that works out to be about 1189mm x 841mm. Cut that in half to 841mm x 594mm, and you get A1. Cut that in half, and you get A2, then A3, A4, and so on. It’s explained here: https://www.papersizes.org/a-paper-sizes.htm

So if the A1 is a large paper size (reflecting how much innovation is in it, and how much it costs), where do the other Alpha cameras fit? I see the A7 series as A4 paper – the paper people use without thinking about it; it’s functional and it does the job. The A7R series feels like A2 paper – that extra large size that you don’t print often, because it’s expensive, but it’s so detailed! I’ve not yet printed an image from the A1, but I would love to make up a grid of images shot in rapid succession, culminating in one large hero image, and print the resulting montage on A1 paper, just so I could say “here is my A1 print”… (yep, I do say things like that in real life; not just on this blog). Where do you think the A9 and the A7S fit?

What’s my point? There’s a lot of different paper sizes, but they are all useful. The fact that we can buy A1 paper doesn’t mean we’ll stop buying A4 or A3. I don’t think we should worry about Sony stopping making all their other models just because they have the A1.

I’ve learned about this camera as I’ve been using it, and one thing has become quite clear. With my previous Alpha cameras I tended to set them up one way, and use them like that, diving into the menus when I realised I wanted something a bit different. I’d typically have my A7R series camera set to A mode, switching to M when I ventured into a studio (then reverting to A and changing settings when I realised I was still in M, with a delicate accompaniment of bad language…).

I can’t do that on the A1, because there are too many changes to make – this camera has quite a few more settings than earlier bodies. I’m changing settings much more often in response to changing need. I’m switching from AF-C to DMF and back (love having that on a dial!). I have to work out multiple groups of settings, and record them to the 1/2/3 entries on the mode dial, so I can switching from an emphasis on high shutter speed to an emphasis on deep depth of field… I’m also trying to work out setting custom buttons that I can hold to override the current settings for a single shot.

It’s like learning to use manual focus – I have produced a whole bunch of images (that you are never going to see!), and I’m working out how to avoid them in future – I can feel that it’s making me a better photographer. That wasn’t how this was supposed to work! I bought this camera so I could be lazier about photographing birds, but it’s making me work harder!

The A1 is still the most fun I’ve had with a camera, though.