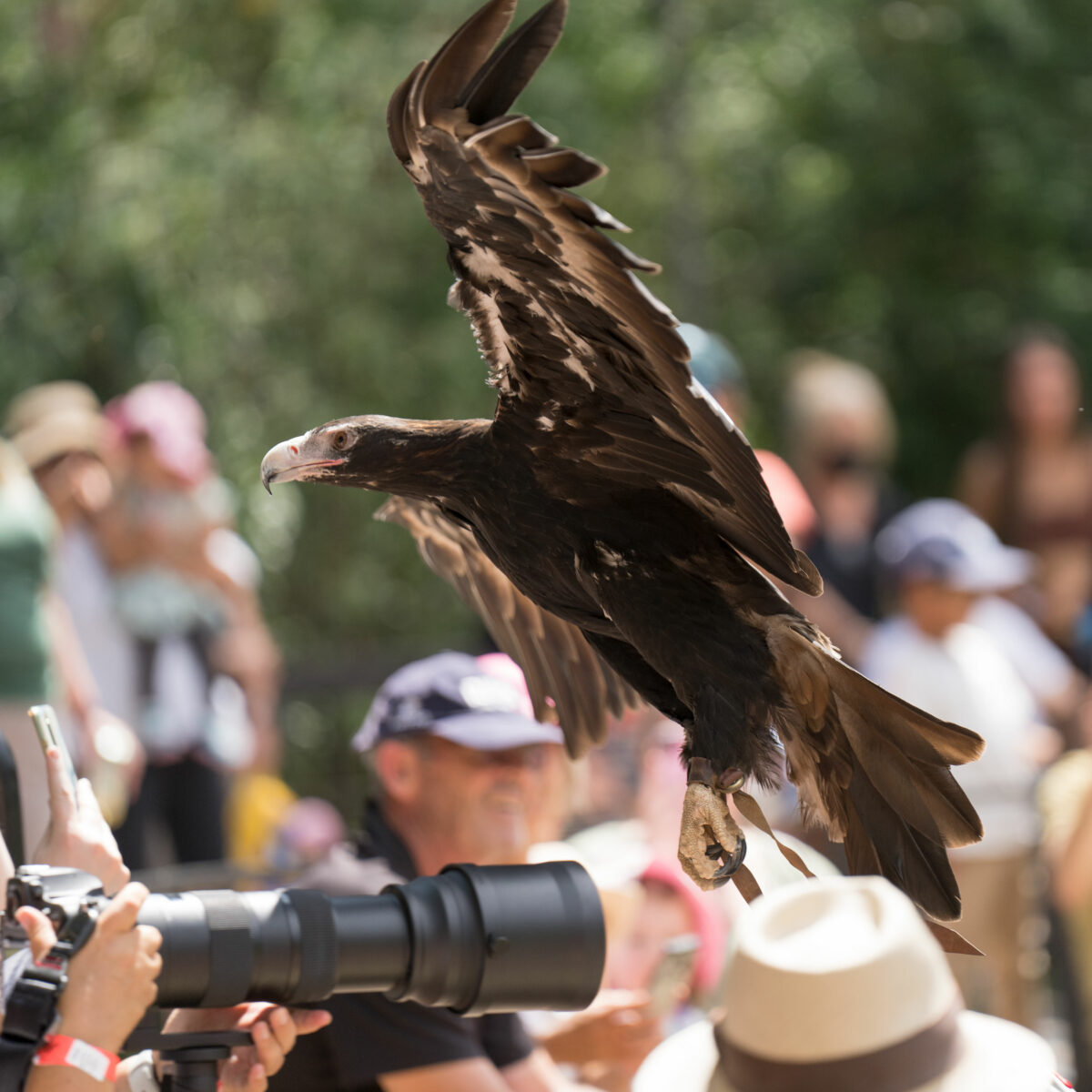 We can see that two people on the left of the image were trying to photograph Magra the wedge tail eagle. One was using a phone, and might have got the shot, but the person with what looks like a 150-600mm zoom lens had a bit too much glass to get a shot at that distance. I am not criticising my fellow shooter – that lens would have been good for most of the bird show, but when a wedge tail is that close, well, let’s just say she is well inside the minimum focus distance! I have been in exactly the same situation (I have even shown a sequence with Millie the barking owl flying over my head).