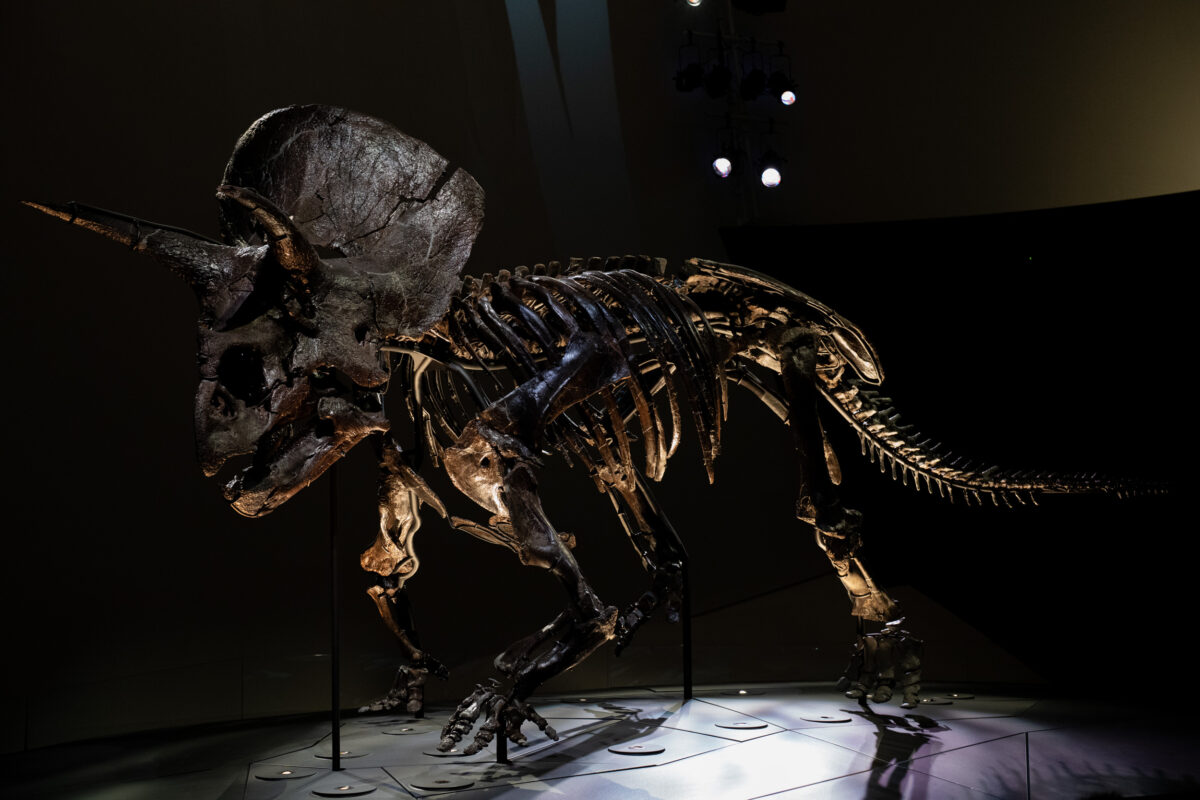 The newest exhibit at Melbourne Museum is huge, but so cool – the most complete dinosaur skeleton uncovered so far. 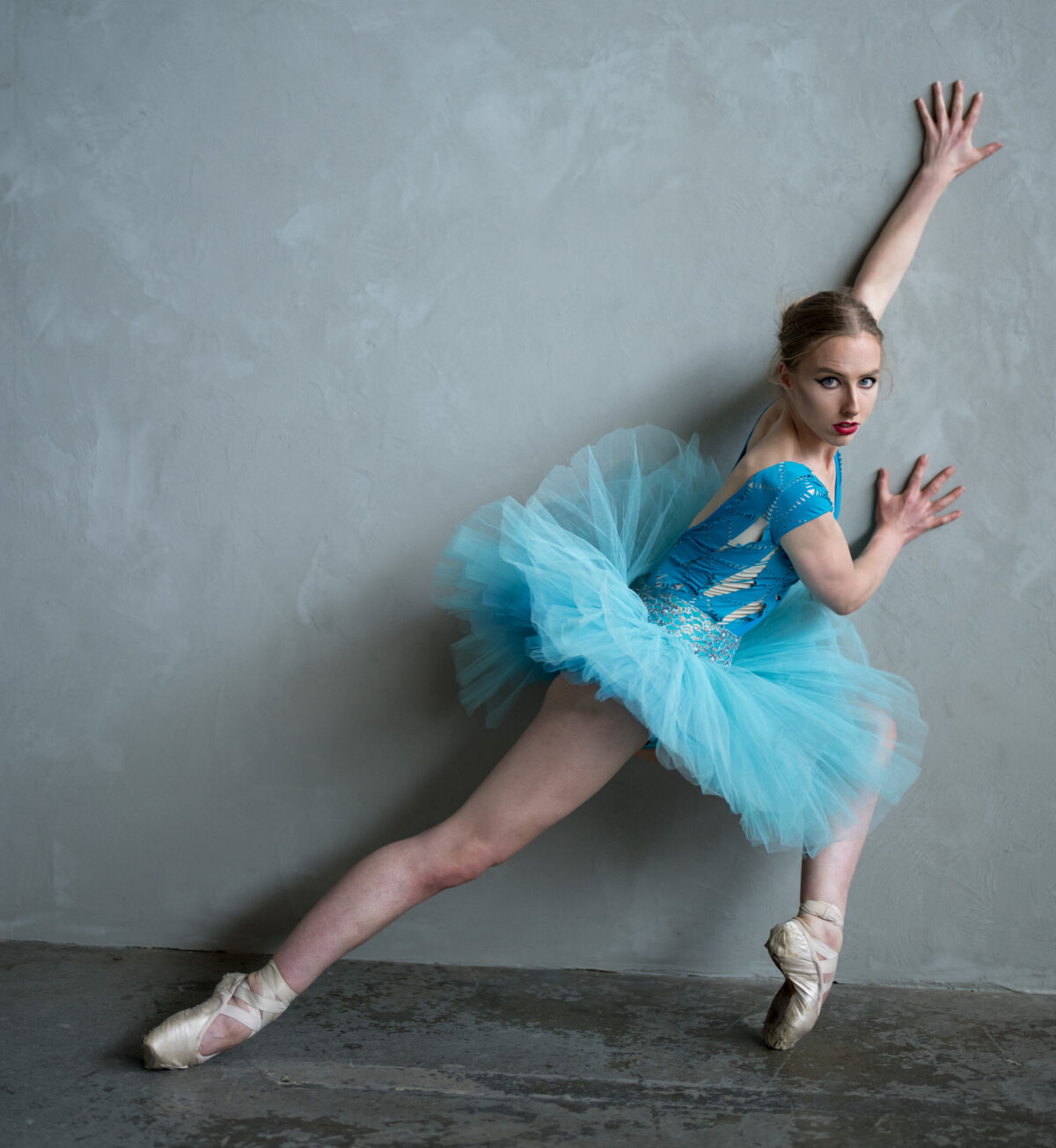 Renee pinned to a wall in natural light. This is in a different studio, one with a naked concrete floor and a concrete rendered wall, lit by high windows off to camera right. This is not a place for shiny and new. This is a place for the well-worn, including Renee’s tutu.

We talk of leading lines in an image. Renee brings lines in abundance (I think she brought some extra lines from home). 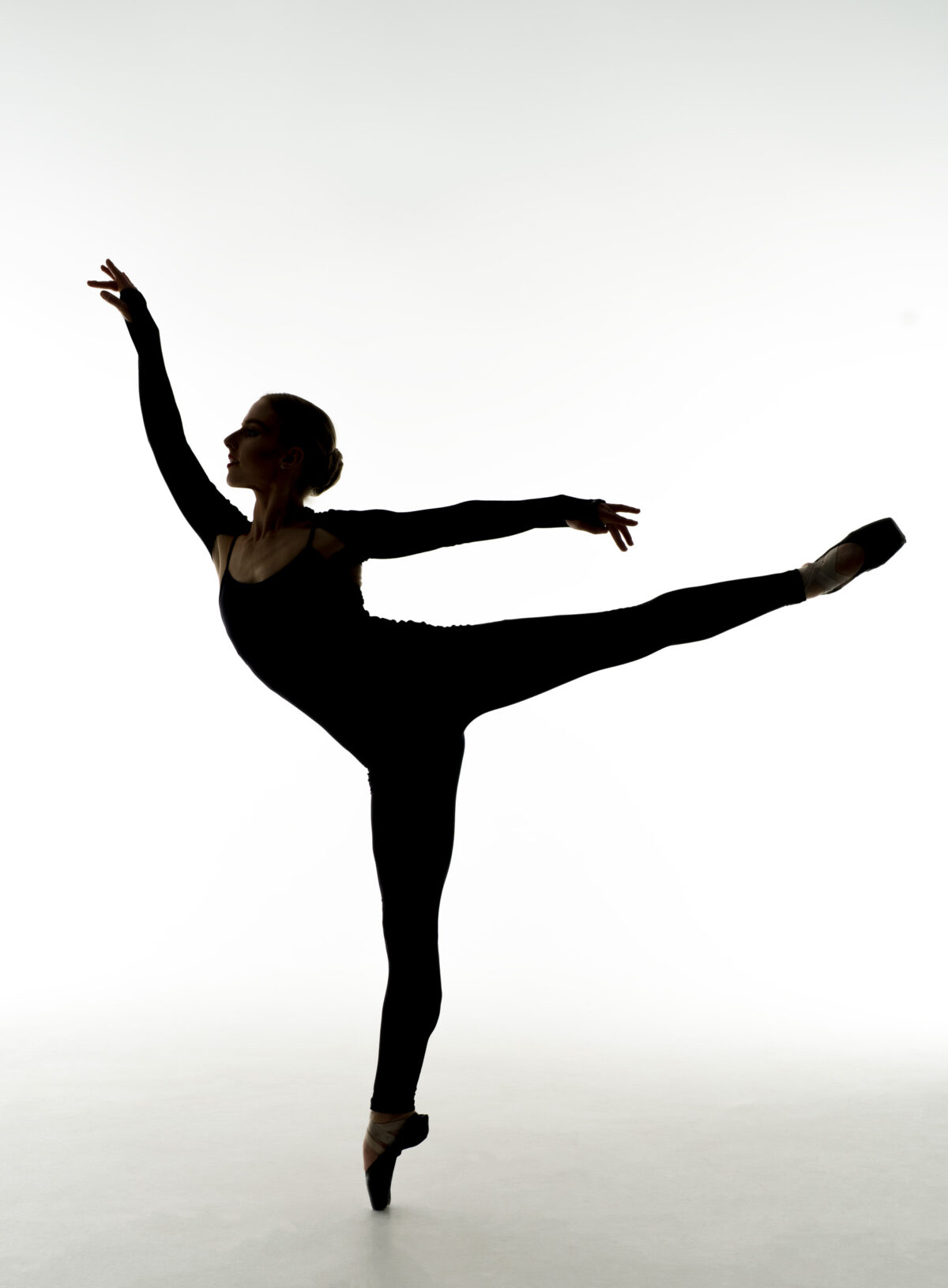 Renee joins us again, helping me show you what the A1 can do with studio flash. Last time you saw her dancing in natural light (and you will see some more of that later). This time, though, it is studio flash, on the classic white cyclorama. I deliberately chose an assortment of images with varied lighting; I moved my lights around, including putting a large key light off to camera right. I even included some where I triggered only the rear lights to give a silhouette-like result.

I asked Renee to wear a full-length black leotard because I like doing silhouette / semi-silhouette images, like the feature and last images, and a dancer is perfect for those. Renee is excellent at making shapes, and creating strong lines against the background. You’ll also notice that she doesn’t feel constrained to conventional ballet forms… Her version of the bridge pose raises the difficulty score to 11 (and how often do you see a perfectly flat abdomen in that pose?).

The Sony A1 was the first full frame digital camera able to shoot with studio flash using electronic shutter (the Nikon Z9 has joined it since, and I believe the Canon R3 can, too). The A1 has a flash sync of 1/200 on electronic shutter (and an unusual 1/400 using mechanical shutter, but I doubt I will ever use that). When I was using, for example, a Canon 1Ds III (with a flash sync of 1/250) I found myself using 1/200 (using Elinchrom’s first generation EL Skyport radio trigger) to ensure I got a clean frame (without a black edge). That might have changed with their later trigger, but by then I was accustomed to slowing my shutter speed when using studio flash units; I used 1/160 with the Canon 5Ds, which is specified as a 1/200 flash sync. But when I started with the A1, using the newer radio trigger (one for the Sony multi-interface flash shoe), I discovered I can use 1/200 without worries. That was a pleasant surprise.

I must admit that using an electronic shutter can be a bit disconcerting to a professional model, because many are accustomed to hear the shutter to confirm that the photographer has taken the shot. I can turn on a “sound”, but I really like the silence. That is ameliorated when using studio flash (the burst of light gives it away).

The Sony A1 has changed my photography in multiple ways, but I didn’t think it has changed my shooting with studio flash much, apart from distracting the model by shooting silently. That was before I realised that the A1 eye autofocus, and its ability to focus on the model’s eyes almost anywhere in the frame, has made “focus and recompose” a thing of the past – that matters. 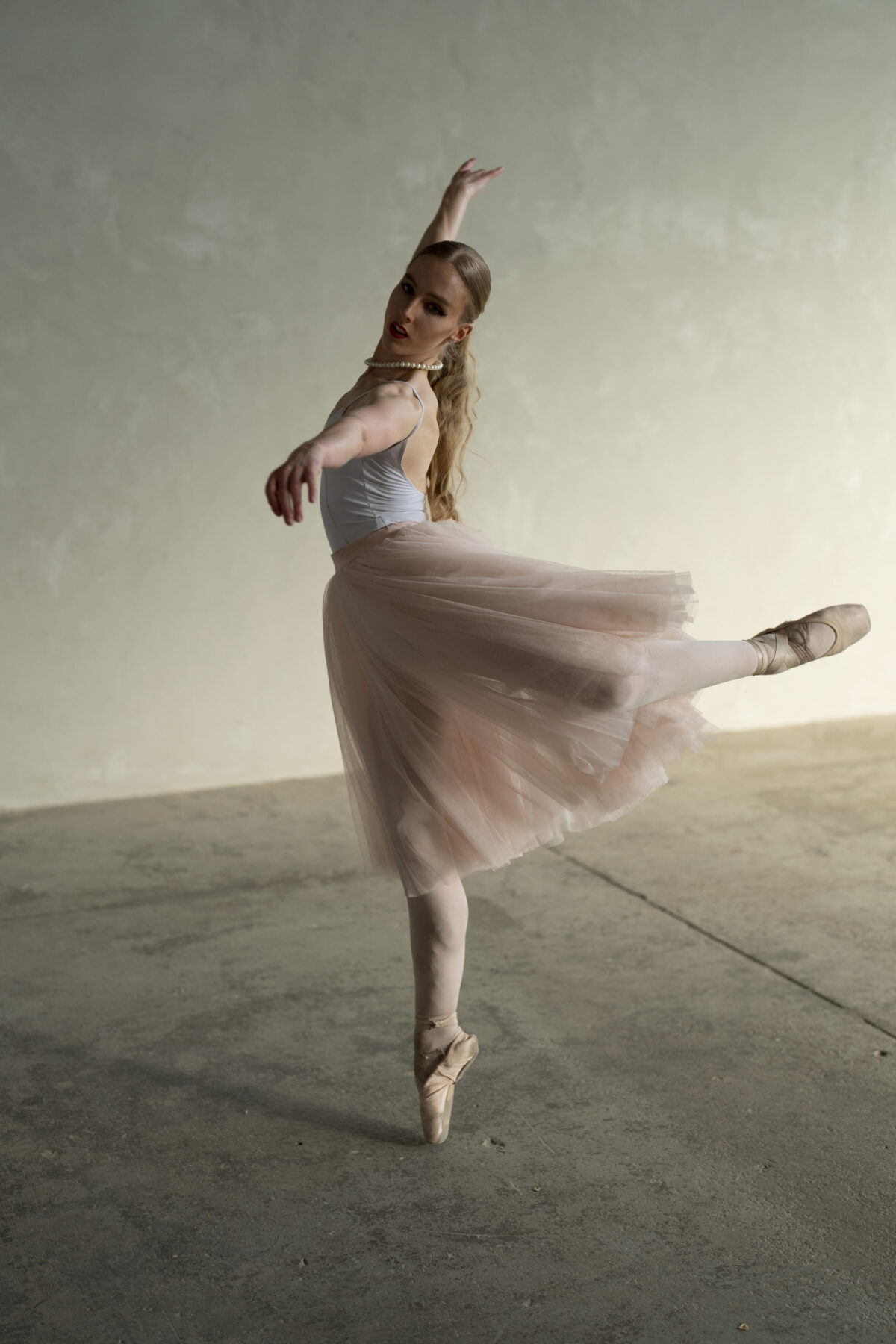 I’ve shown you the A1 photographing sequences of birds and cats, but I thought it was time for something different: a dancer – meet Renee, who dances ballet professionally.

I was planning to shoot with studio flash, but the natural light coming through the high windows in the industrial-chic space was far too tempting. Besides, I cannot shoot at 20 frames per second with studio flash, and dance makes for fine sequences. So much so that we’re going to start with a pirouette sequence.

This shoot was enormous fun. A tip for those who haven’t worked with a professional dancer before: be prepared to keep shooting, lest you miss something fabulous!