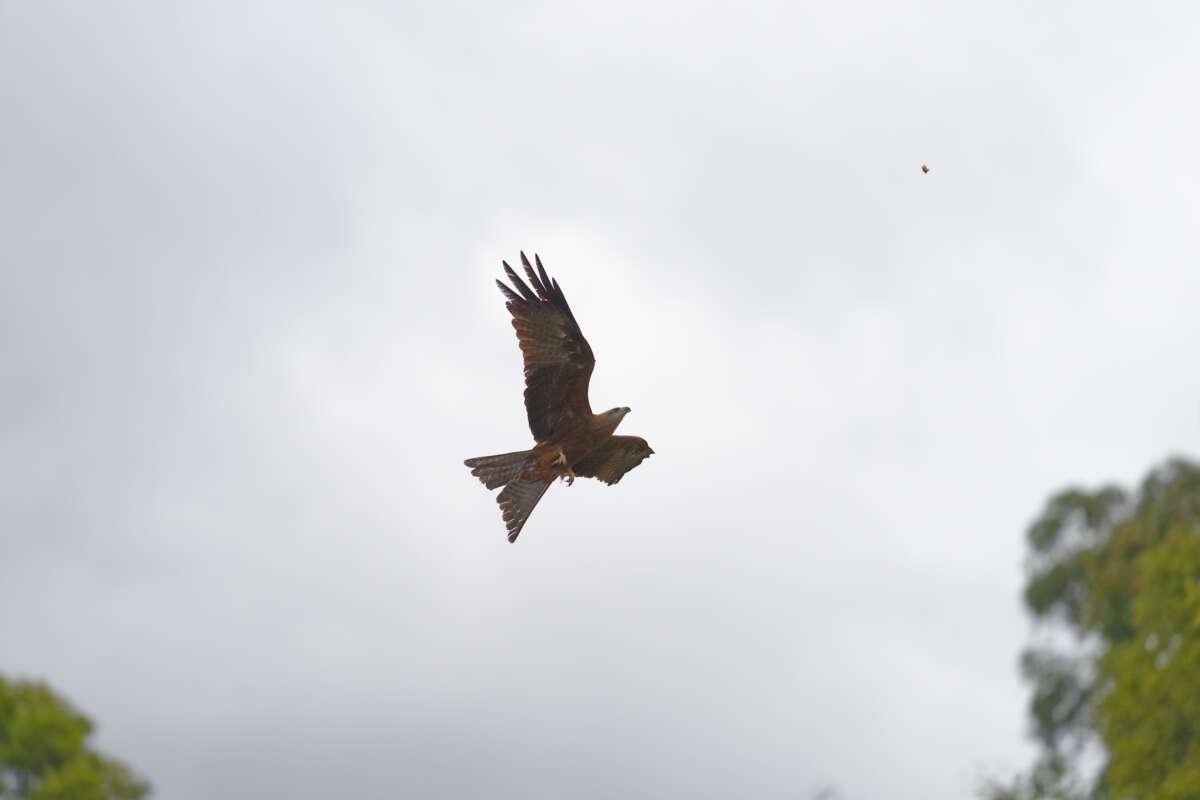 The latest autofocus in the A1 is amazingly good, and offers the ability to be configured to suit all manner of situations. There are good reasons for all the different possibilities, and I stumbled over one of them.

You can choose tracking autofocus, which tries to follow what you focussed on even when it is temporarily obscured (classic example is in sports where you have locked focus on a player with the ball, and another player comes between you and them). With birds in flight, some people argue that that tracking is a bad idea, because you can lock focus onto, for example, the branch a bird was sitting on, and when the bird takes off, you watch it rapidly leave the depth of field. I can report that this is possible – I have plenty of examples which no one is ever going to see!

You can choose autofocus without tracking, which selects where to focus for every frame (within limits). This can be brilliant when shooting with multiple birds in frame, because it is capable of capturing different birds in perfect focus, adjusting as birds fly in and out of frame. It also adjusts well when it was focussed on a branch, and bird takes off, and you follow the bird.

Whether you use tracking or not, you can turn on Bird Eye Autofocus, and the camera will attempt to focus on the eye of the bird (and its success rate is impressive). Obviously it has to be able to see the eye for long enough to recognise it and focus on it. When shooting a burst at Hi (20 frames per second until the buffer is full), that means the camera is performing considerably mathematical gymnastics in 1/20 of a second. It is looking for an eye, sending focus instructions to the lens, and updating its decisions, all before it decides to take the shot. The lens I’m using here is the 135 f/1.8 G Master, running wide open, with a pair of powerful focus motors on each focus group, responding very quickly to the stream of focus commands (coming in up to 120 times/second). 14 years ago, the state of the art in autofocus was a camera like the Canon 1D Mark III (10 frames/second with a loud mechanical shutter) with USM lenses, but this is a whole new world (and a lot quieter – my camera is completely silent today).

For this burst I was running autofocus in a non-tracking mode, mainly because most of the birds I was photographing that day were fairly small, so having tracking lock onto the wrong thing was common (when I am driving the camera, at least).

These images were shot in overcast conditions at f/1.8 ISO 100 using bird eye autofocus; the shutter speed was 1/2500 for the first, 1/3200 for the second, and 1/4000 for the last three. The images are not cropped, but have been scaled to 2500 pixels wide so they display quickly enough on this website.

Click on an image to open the detailed gallery. Look closely at the focus.

The first shot is beautifully focussed on the bird’s eye and beak. So is the second shot, with the talons crisp and clear (this bird is a raptor, so it seizes its prey with its talons). The third shot, we can see that the AF system could not see the eye – the wing tip must have obscured it during the tiny fraction of a second while it was focussing – you can see that the wing tip is in perfect focus; yes, we can see the eye in the shot, but it was not visible while the camera was deciding where to put the focus. The fourth shot is still focussed on the wing tip – I think I had my “sticky” setting to a bit too “sticky”, so it lingered on the wing tip (I will fix that). And then in the fifth frame the bird eye AF has resumed control.

At 20 frames per second, we have just covered about a quarter of a second. Unsurprisingly, every one of those images has the same timestamp.

If I was a reviewer biassed in favour of another brand, I could complain about how the camera mis-focussed two frames in the sequence (I could even click bait it as “See the A1 focus sequence – the third shot will shock you!”). I paid for my own A1, and I am still learning how to get the best out of it, so I’m showing you this as an example of when I could have taken advantage of tracking focus, even though you’d think “The bird is against a cloudy sky – why would you need tracking?”. A flying bird’s wings can easily come between the bird and us.

I know some people will tell me “you should have used a smaller aperture. Would not have had a problem at f/4”. They might be right. Maybe I’ll try it. Or maybe I’ll try to get it perfectly focussed at f/1.8. I like a challenge, and when you nail the focus at f/1.8, the results can be lovely. Sure, the A1 is doing most of the work, and I’m just making the wrong decisions about the parameters controlling the AF – but that’s my job!