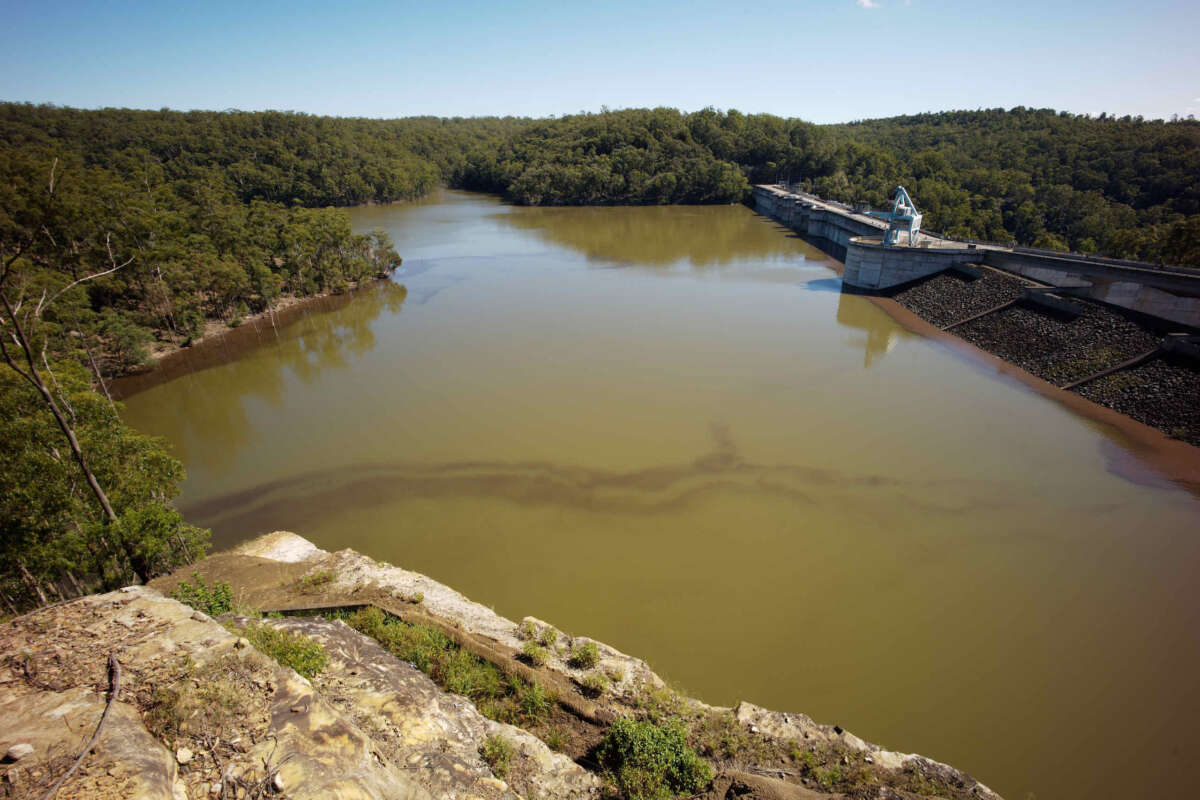 This is a series of articles exploring the network of dams that provide water to Sydney. Due to recent rains, this is a “once in a lifetime” opportunity to view nearly all the dams in overflow or spill mode, which made for good photographic opportunities.

Every day, more than 5.3 million people in Sydney use over 1.5 billion litres of drinkable water supplied from 11 major dams, over 22,000 km of pipelines. The majority of the water comes from Warragamba dam, which accounts for 80% of the supply, although the other dams are important parts of the network supplying various regions and acting as emergency supplies and storage of water.

Due to Australia’s weather cycles which sometimes result in long periods of drought, the history and timeline of Sydney’s water supply has been interesting and sometimes dramatic. Unlike the native owners of the land, early settlers in the convict colony were not aware of the need to conserve and store water and simply used the Tank Stream as a water supply. The Tank Stream became polluted and had to be abandoned as a water supply by the 1820s. The Lachlan Swamps (now Centennial Park) were used and a 3.4km water pipe was built connecting it to Hyde Park. An 18 month drought in 1838-39 convinced the government to search for more reliable alternatives.

The deep and narrow gorge of Warragamba River was identified as an ideal location for a dam by Count Paul Strzelecki in 1845. Although early plans were drawn in the 1860s, engineering challenges, the Great Depression and World Wars meant construction of the dam did not commence until just after World War II. In the meantime, the Botany Swamps were used as an addition to Lachlan Swamps. A water famine in the 1880s led to only 10 days of water left in the Botany Swamps. The Hudson Brothers were contracted to build a temporary structure of pipelines, canals and flume to divert water from Nepean river.

A series of dams (Cataract, Cordeaux, Avon, Nepean) were constructed in the Upper Nepean region in the early twentieth century, feeding Prospect Reservoir, an earthfill embankment dam. However, droughts sometimes reduced the water flow (based on gravity) to a trickle and water pumping stations had to be built. A series of smaller dams were constructed in the Blue Mountains.

Sydney’s water supply was considered so vulnerable a dummy pumping station was built in 1941 to draw attention away from the real pumping station in case of an air attack.

In 1946, construction of Warragamba Dam finally began and trees were cleared in the Burragorang Valley and buildings and an entire town had to be compulsorily acquired. About 1800 men worked three shifts, 7 days a week from 1948 to 1960 to build the dam. A 50 megawatt hydroelectric power generator is included in the dam. When it was opened in October 1960, it was one of the biggest dams in the world and the world’s largest domestic water supply dam.

The Shoalhaven Scheme in the 1970s added Fitzroy Falls, Wingecarribee Reservoir and Tallowa Dam. Despite that, as Sydney entered the new millennium, a series of droughts made water management a critical issue once again. In the mid 2000s the Sydney water supply network dropped below 50% and up to 30% of Sydney’s water had to be supplied from Tallowa Dam. Water restrictions were imposed on Sydney residents for an extended period of time. This resulted in the commission of water recycling plants in Wollongong and a water desalination plant in Kurnell opened in 2010, powered by renewable energy through a wind farm.

In 2012, Warragamba Dam spilled for the first time. More recently, in late March 2021, extreme “once in a century” rains (attributed to La Niña) over a large part of the east coast of Australia led to widespread flooding over many parts of NSW and suburbs in Sydney. As a result, nearly all the dams in Sydney’s water supply network reached capacity. In particular, there were concerns overflows from Warragamba Dam may devastate many low lying areas in the heart of Sydney and many people had to be evacuated. There have been recent discussion, but no concrete plans, to raise the height of Warragamba Dam to enable increased capacity and reduce the risk of flooding from overflow.

In April 2021, I visited nearly all the major dams in the Greater Sydney water supply network that was accessible to the public (Avon Dam was closed due to repairs to a bridge). It was a unique opportunity to witness many of the dams operating in spill or overflow mode, as the capacity was 100%. I hope you will enjoy reading these articles and photos. 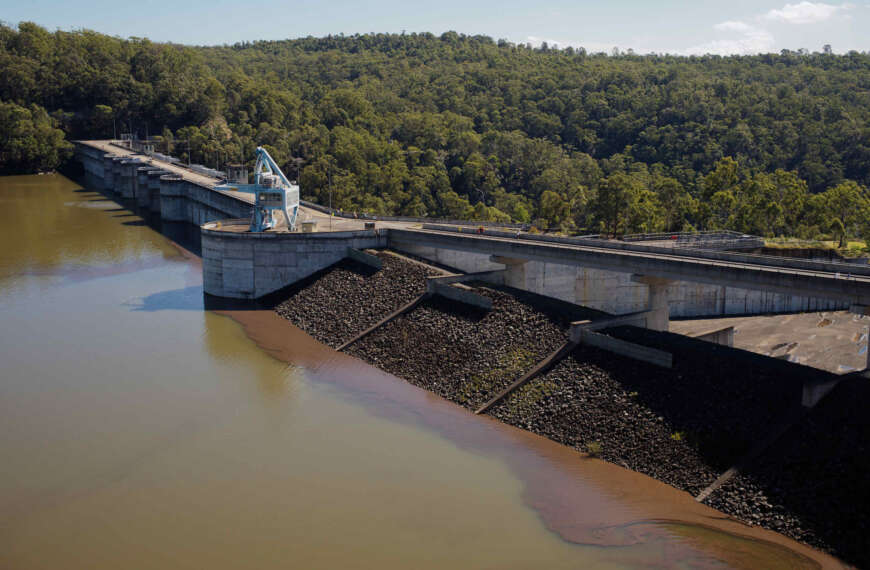 Chris Tham2021-05-033 min read
Located about 65 kilometres west of Sydney in a narrow gorge on the Warragamba River, Warragamba Dam is one of the largest domestic water supply dams in the world.
Read More 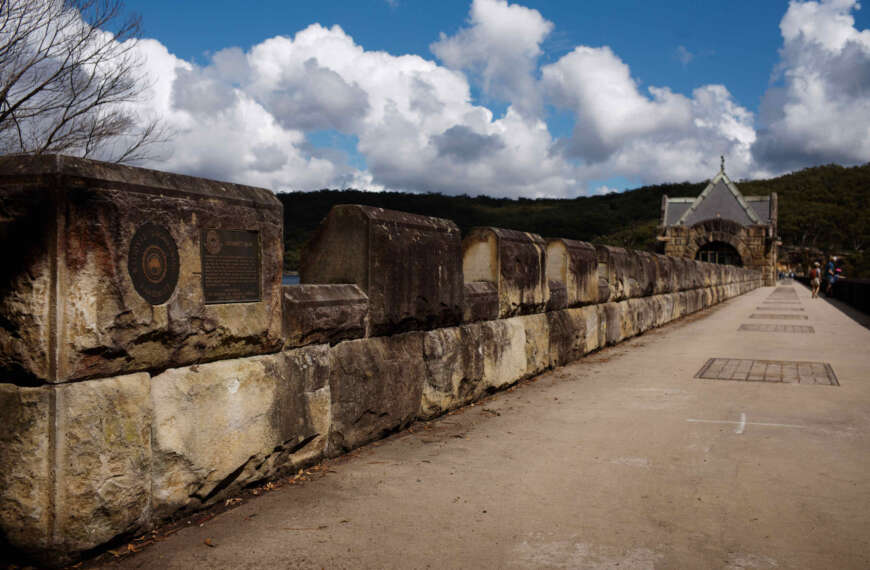 Chris Tham2021-05-063 min read
Cataract Dam is one of the oldest and most picturesque dams in Sydney.
Read More 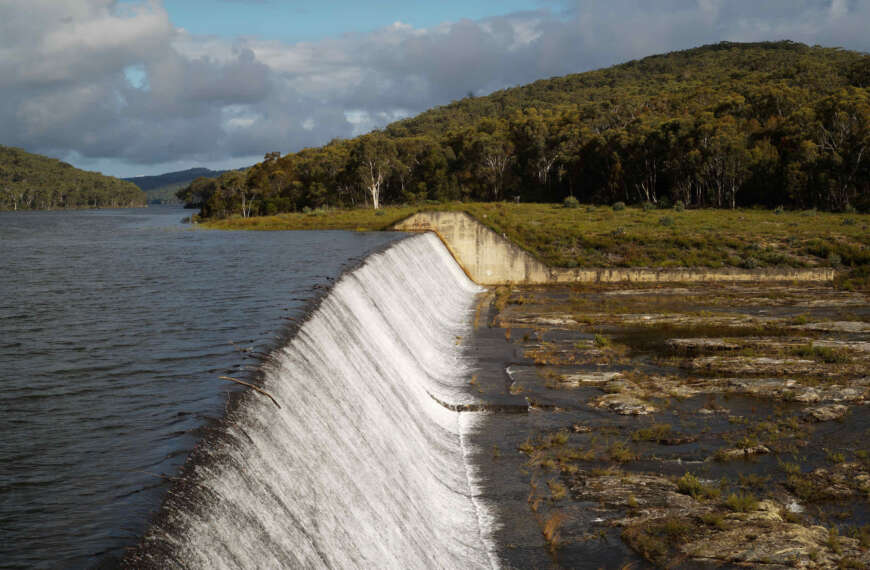 Chris Tham2021-05-082 min read
Cordeaux Dam is the second of four dams constructed as part of the Upper Nepean Scheme to collect water from the Illawarra Plateau.
Read More 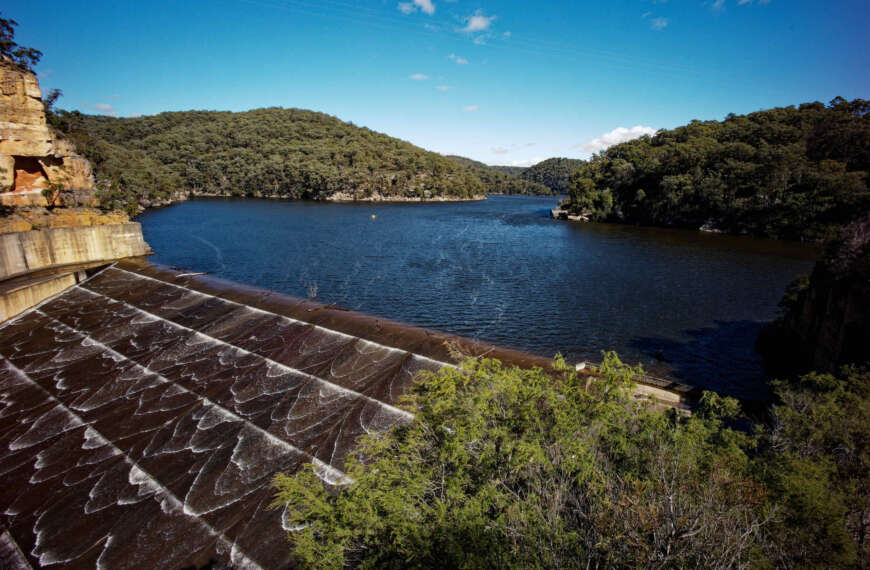 Chris Tham2021-05-102 min read
Nepean Dam was the last and smallest of the four dams constructed as part of the Upper Nepean Scheme.
Read More 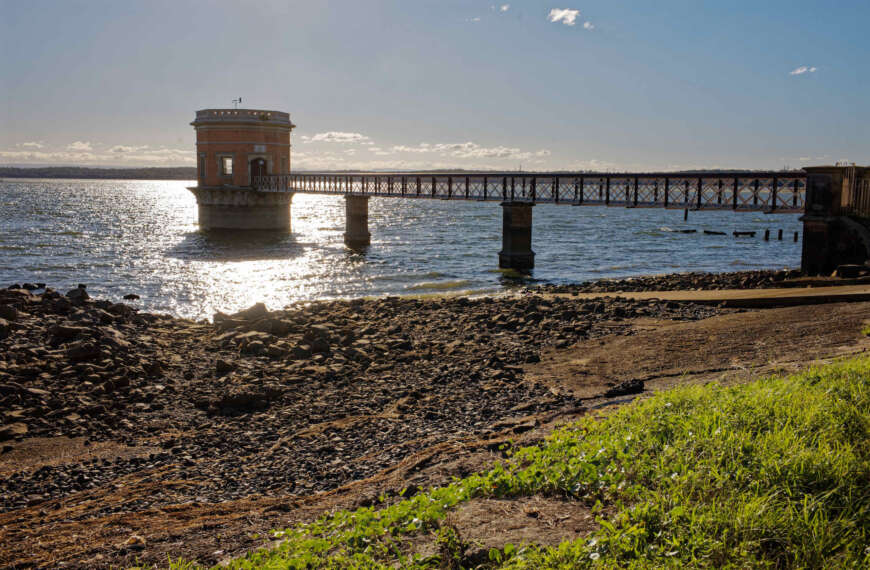 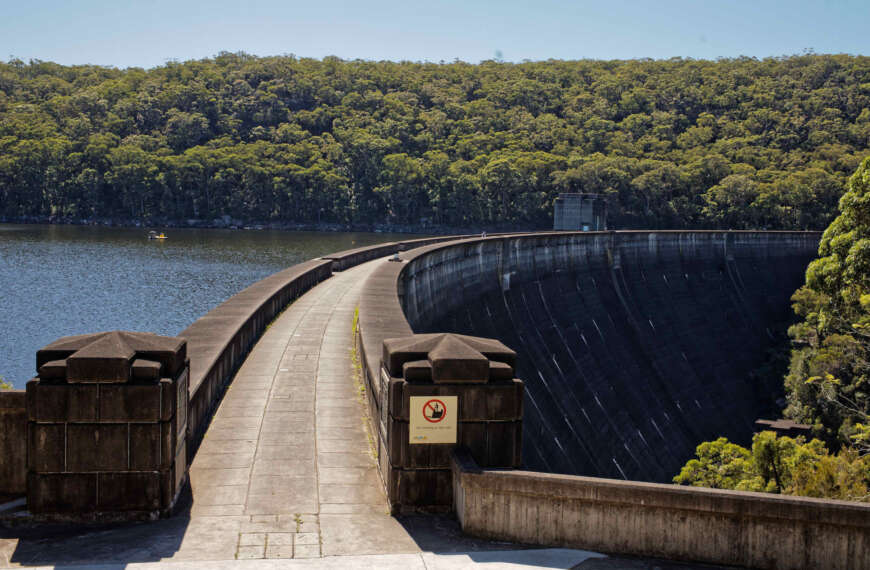 Chris Tham2021-05-142 min read
Woronora Dam is the fifth dam built as part of Sydney’s water supply network, and the final one to be built before World War II.
Read More 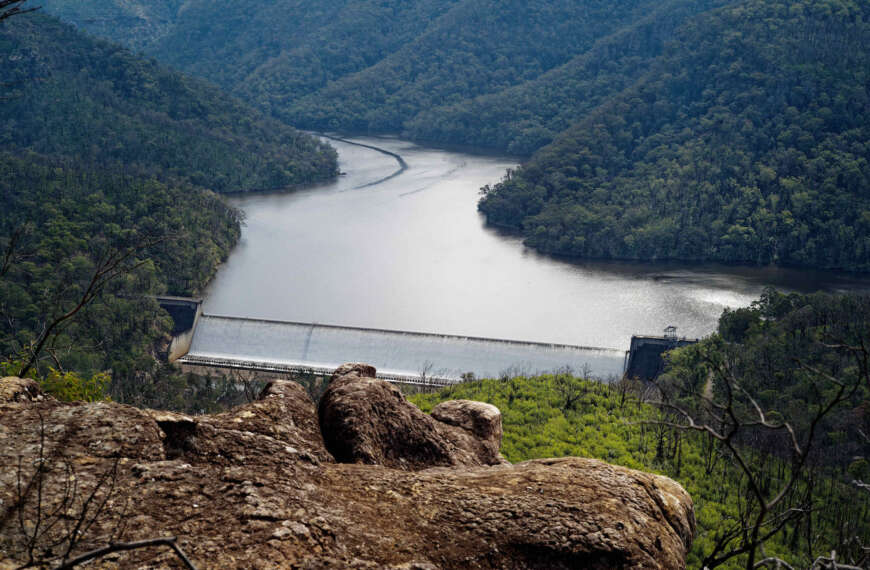 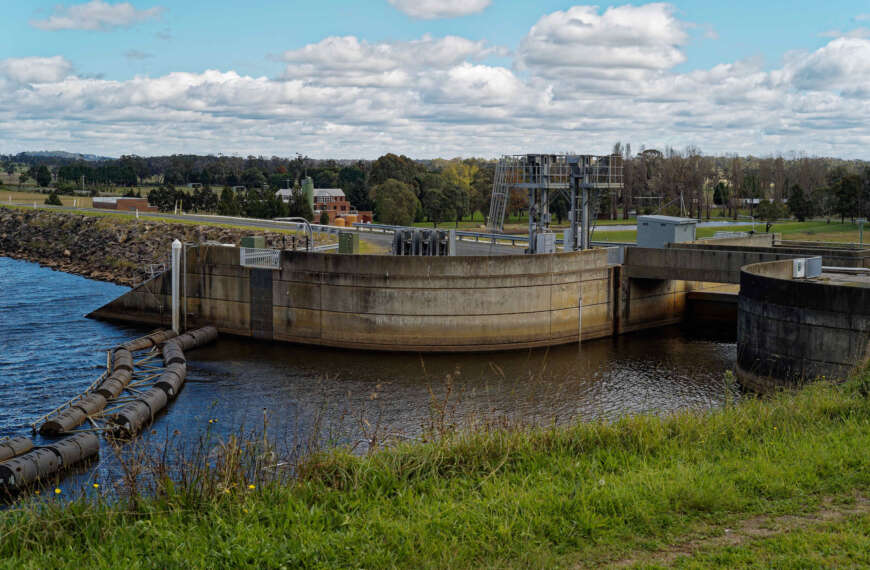 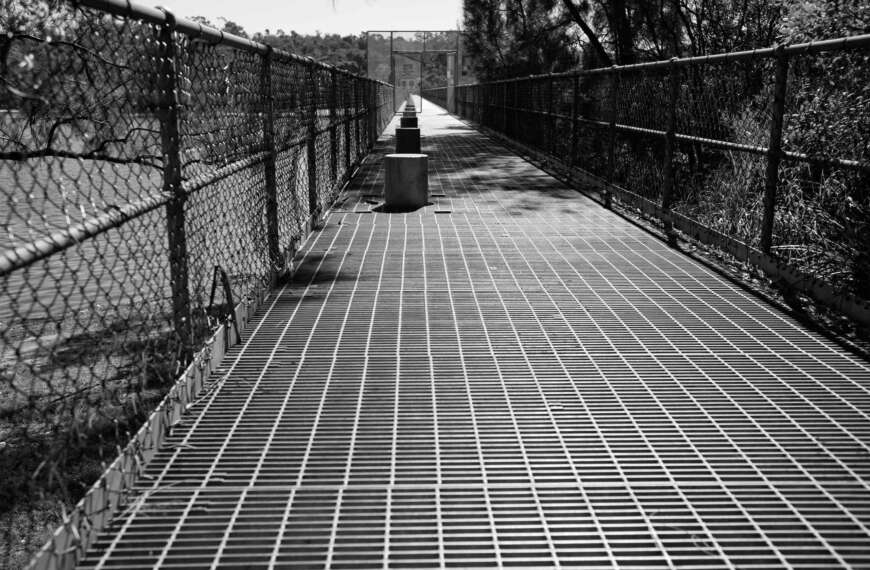 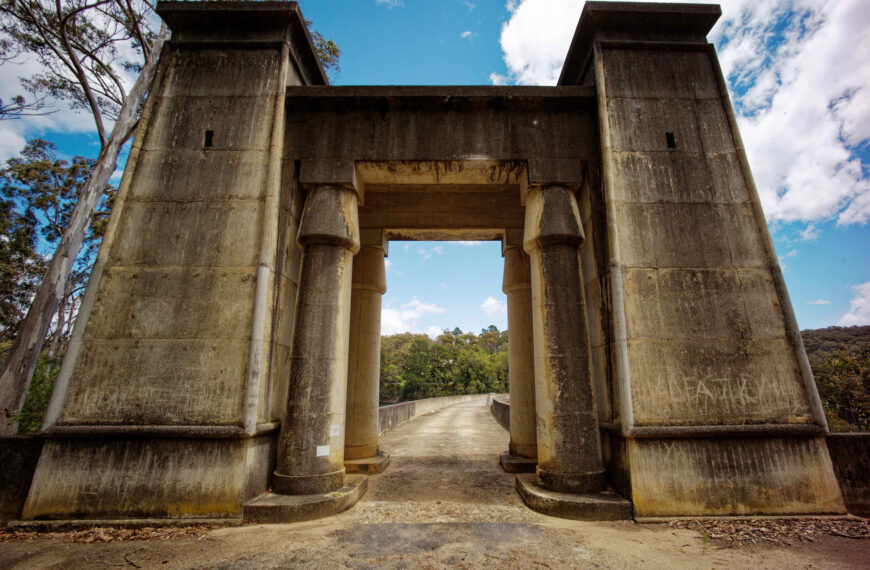 Chris Tham2021-12-202 min read
Avon Dam was the third and largest of the four dams constructed to collect water from the Illawarra Plateau. Created by damming the Avon River and completed in 1927, Avon Dam’s main role today is to supply water to the Illawarra region.
Read More