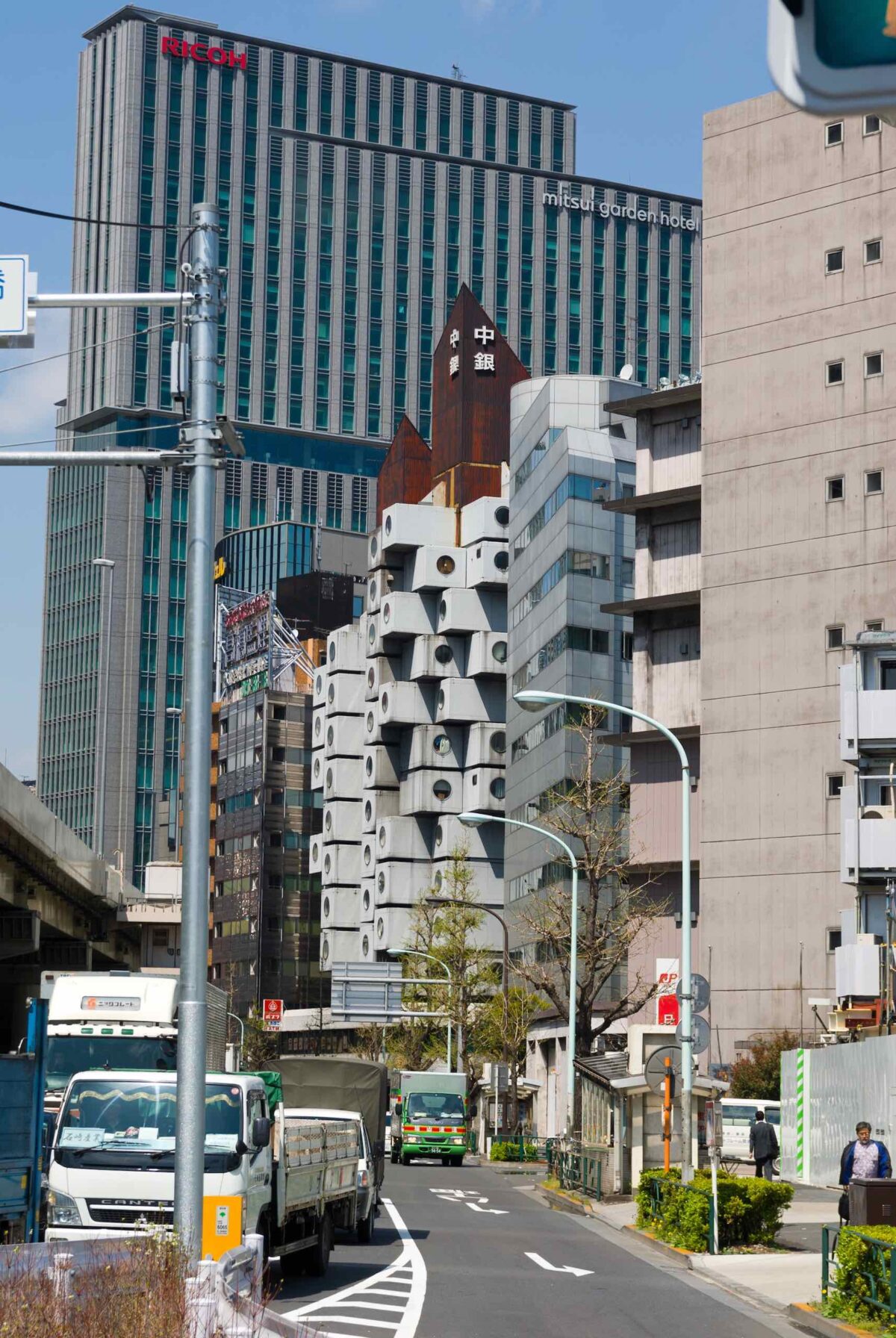 With sadness, I recently discovered the infamous Nakagin Capsule Tower is scheduled to be demolished.

Nakagin Capsule Tower was a grand experiment in modular housing construction, consisting of a collection of identical cubes (each called a capsule), each housing a mini apartment with a single exterior round window. The cubed living spaces are then assembled together like LEGO blocks to create a unique building that looks like a pile of grey washing machines.

The Nakagin Capsule Tower consists of 144 capsules, each just 10 square meters in floor space. Each capsule was originally fitted with a single bed, fold out desk, a small airplane style toilet, and no kitchen. It was meant for salarymen to crash overnight after a long day at the office and was a precursor to the capsule hotels that became popular in the 1980s and 1990s.

Each capsule was designed to be replaceable, and therefore the building could last indefinitely. However, replacing a capsule requires all capsules above it to be airlifted beforehand, which requires coordination amongst owners. This was hard to achieve, so some capsules fell into disrepair, and now asbestos issues and leaking capsules meant that the whole building will need to be dismantled. Hopefully some of the capsules will end up as museum displays and a reminder of a unique building, designed by architect Kisho Kurokawa.