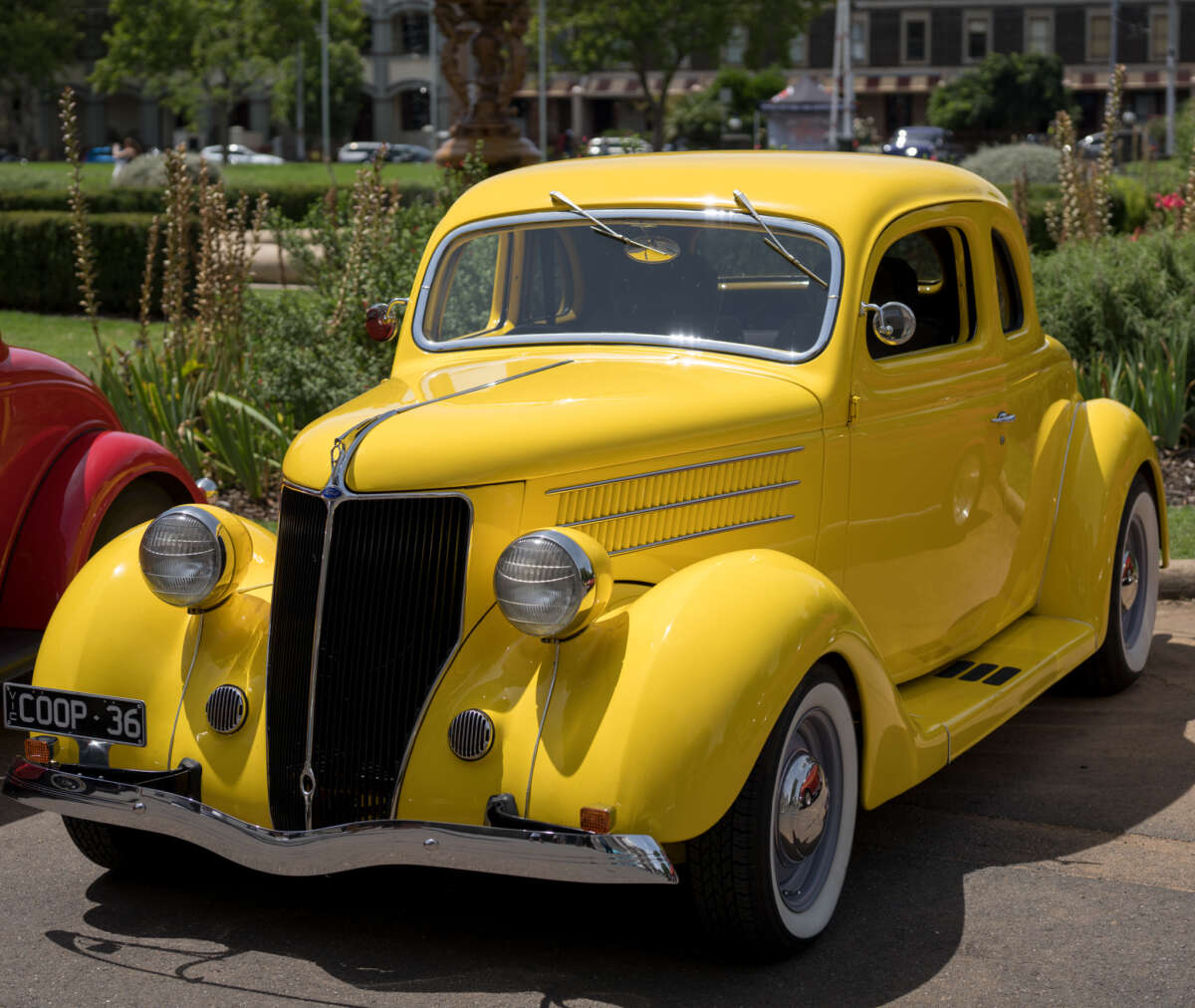 This is a Real Life Review of the Voigtländer 50mm f2 lens with the Sony A7R IV. This lens is apochromatic and extremely sharp, making it very well suited to the A7R IV.

I started looking at this lens because I wanted a small, lightweight, 50mm lens that was sharp enough to suit the A7R Mark IV.

This is the first Voigtländer lens I have tried on a Sony E mount camera, and it is immediately different from all the Sony lenses I have used. It feels denser – a solid cylinder of metal and glass. It’s not heavy (364g), because it’s fairly small, but it’s heavy for its size.

The focus ring is wide, covering most of the lens barrel. That’s good in use, but it does leave you with not a lot to grip when mounting the lens on the camera. I was a bit awkward mounting the lens for the first time, but it becomes easy after that. The focus ring is smooth and well damped, with a fairly long throw, making it possible to focus closely with accuracy. Considering the minimum focus distance is 45cm, that’s appreciated.

The aperture ring is at the front of the lens, away from the camera. I found that quite convenient, because I use the focus ring continuously on this lens (it being manual focus), moving to the aperture ring only occasionally.

The lens hood (included) surprised me because it’s the first screw-in lens hood I’ve used. It’s metal, and deeply grooved on the inside, as well as being finished in matte black – you won’t get any stray reflections from it. Voigtländer include two lens caps – one for the lens without the hood, and a second for the hood, so you can leave the hood always attached. That’s just as well, as this is one lens hood that you cannot store reversed on the lens. The lens hood matches the cylindrical motif of the lens, and has the same smooth black finish.

The lens communicates with the body. That allows you to use Aperture priority, with the aperture controlled by the aperture ring, and the body choosing the shutter speed to suit. It also means that the display (EVF or rear screen) can zoom in when you move the focus ring, allowing precise focus (a must with a body that has as many pixels as the A7R IV). The display shows the focus distance. If you choose to use Manual exposure, the view finder (but not the rear screen) also shows the metering, allowing you to adjust the shutter speed without losing sight of your subject.

The APO in the lens name is there because the lens is apochromatic, using special glass in several of its elements to give simultaneous accurate focus to different wavelengths of light. That means it should not show green or purple edges on out-of-focus areas of the image (chromatic aberration).

In this review, I used the lens in a variety of situations, . Each situation is a separate article that can be clicked below. 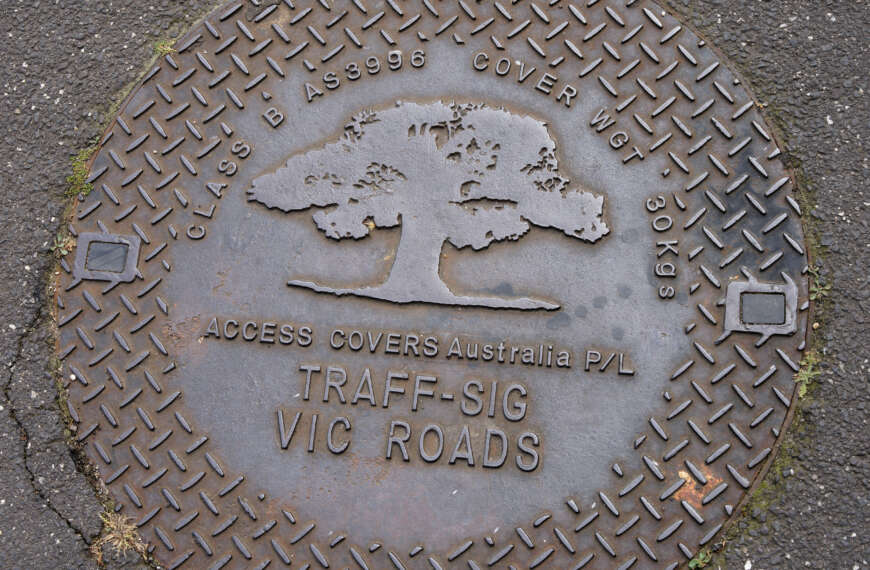 Making the mundane not

I like the idea of making a perfectly mundane object just a little different. You cannot get much more mundane than a manhole cover, and a great many of them are quite boring. Whoever designed this one decided it could be a bit distinctive without losing any of its functionality. That appeals to me. This … 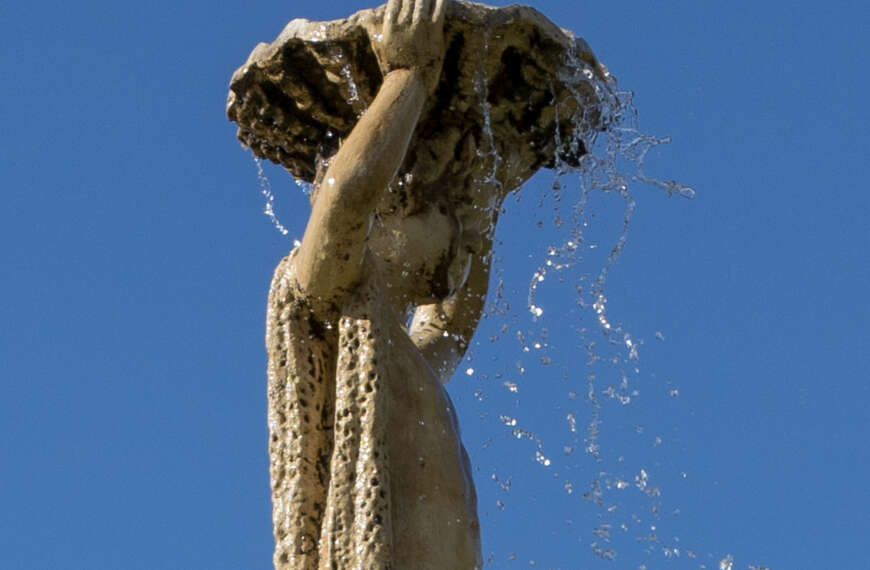 How much detail can you capture with the Voigtländer APO-Lanthar 50mm/1:2.0 and a Sony A7R IV?

This is an extra article in a series of articles showcasing pictures taken on the Voigtländer APO-Lanthar 50mm/1:2.0. This post shows the amount of detail this combination can capture. 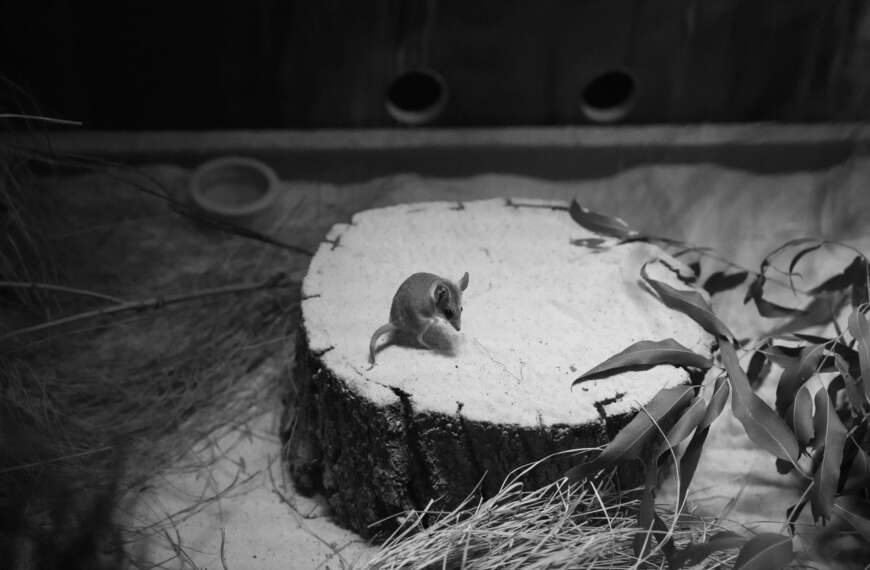 Outside the comfort zone with the Voigtländer APO-Lanthar 50mm/1:2.0 and Sony A7R IV

This is another in a series of articles showcasing pictures taken on the Voigtländer APO-Lanthar 50mm/1:2.0. These images demonstrate capabilities of this combination, and the detail that appears, even in a deep crop, when shooting birds in flight and at high ISO. 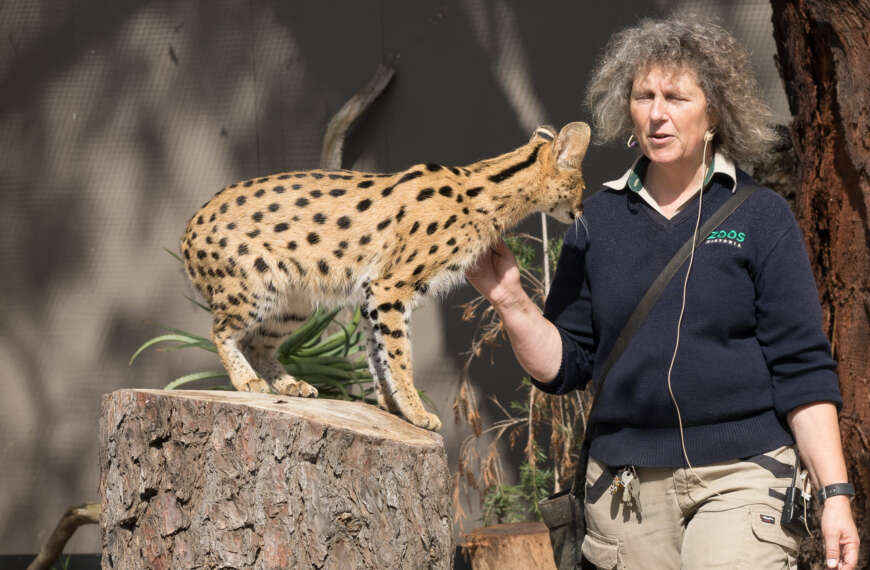 Shooting a sequence on the Voigtländer APO-Lanthar 50mm/1:2.0 and Sony A7R IV

This is another of a series of articles showcasing pictures taken on the Voigtländer APO-Lanthar 50mm/1:2.0. This time we look at a series of images from this combination shot continuously. 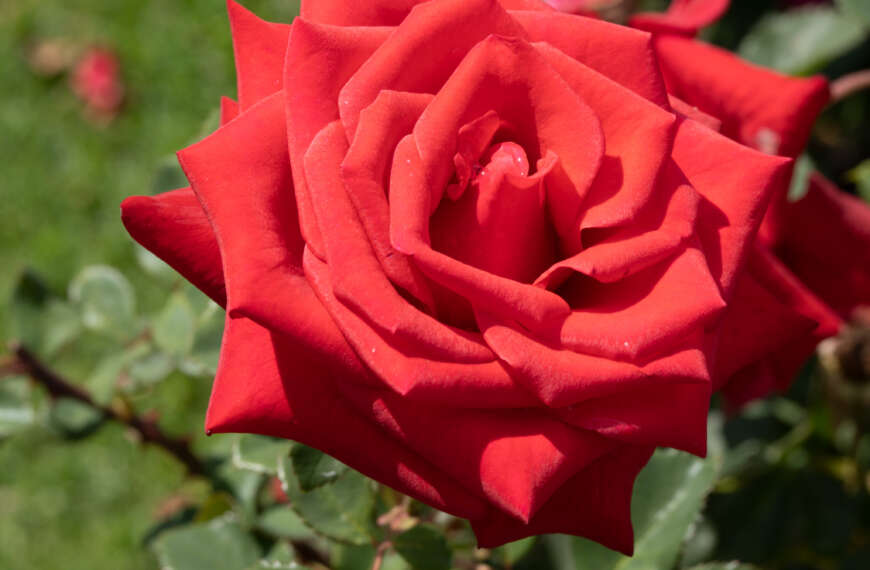 Depth of field when using the Voigtländer 50mm 1:2.0 APO-Lanthar on the Sony A7R IV

The Voigtländer 50mm APO-Lanthar 1:2.0 lens is a manual focus lens for Sony Alpha mirrorless cameras. It can produce shallow depth of field, but that doesn’t always produce the best images. 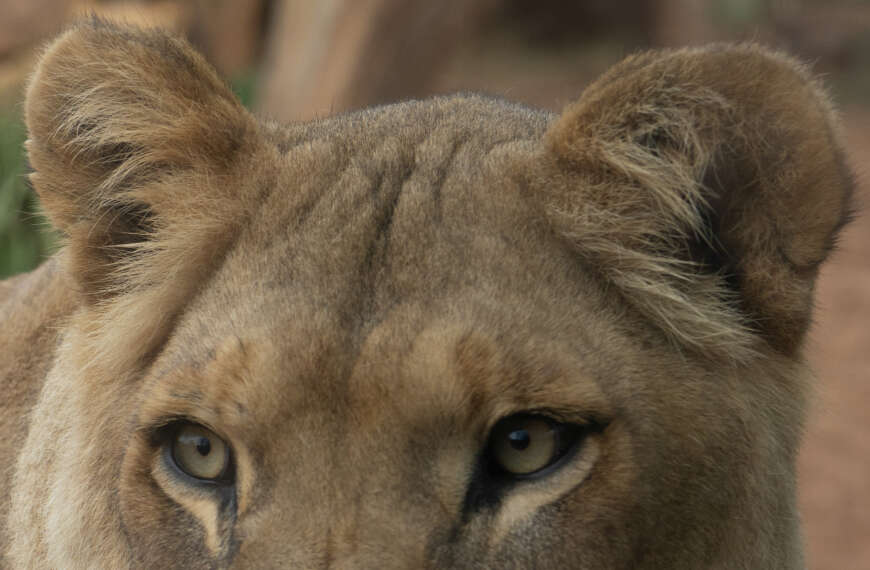 The clarity of a full frame on the Voigtländer APO-Lanthar 50mm/1:2.0 and Sony A7R IV

This is another in a series of articles showcasing pictures taken on the Voigtländer APO-Lanthar 50mm/1:2.0. These show off full frames from this combination. 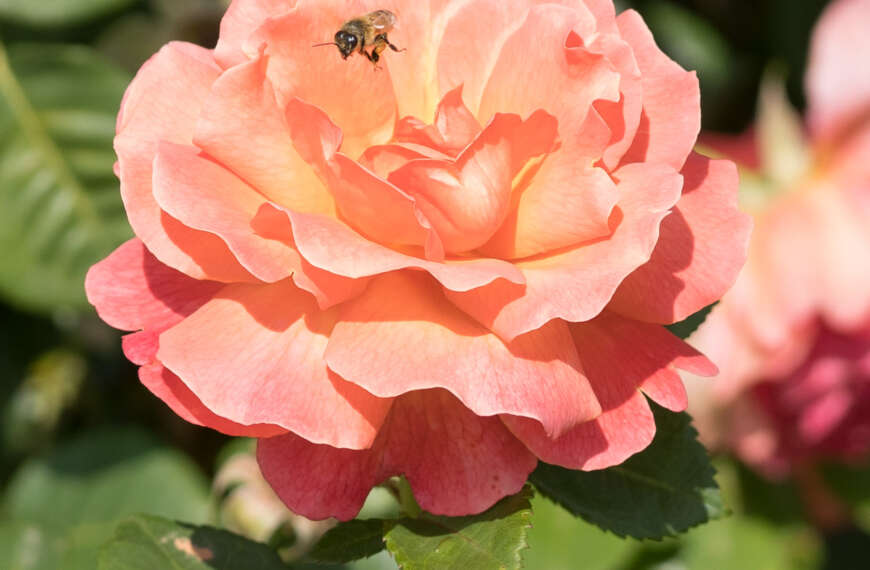 This is the first of a series of articles showcasing pictures taken on the Voigtländer APO-Lanthar 50mm/1:2.0. These pictures were taken around Melbourne and demonstrate the ability to crop images from this combination heavily. 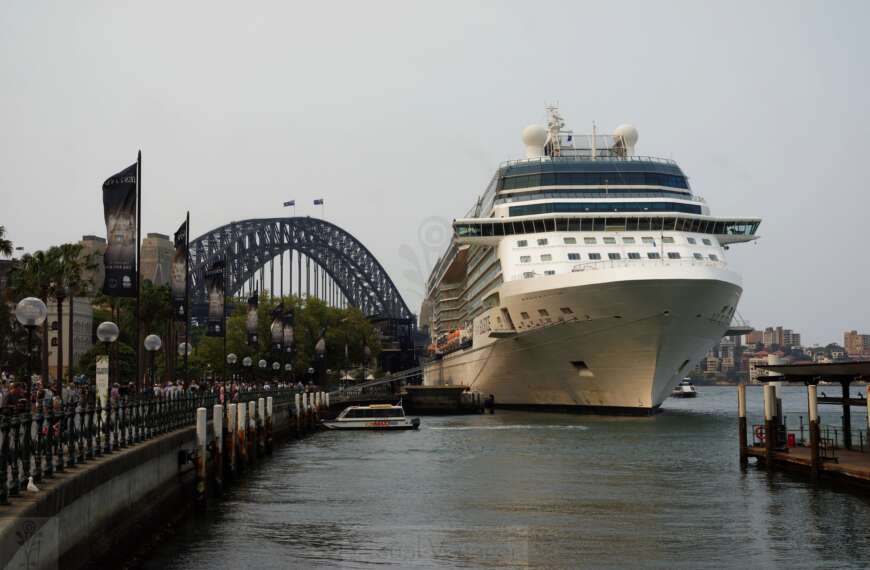 Here are some sample shots taken with the Voigtländer APO-Lanthar 50mm lens on a Sony α7R. The photos are taken on a weekend in Sydney when Transport for NSW launched the new Light Rail service from Circular Quay to Randwick.

So, how does the new Voigtländer APO-Lanthat 50mm stack up against the venerable Leica Summicron 50mm, as well as the two Sony native lenses on a Sony full frame camera? Let’s find out!

Voigtländer say that this is their “best performance standard lens ever” and that’s a pretty bold claim. It is a high performance manual focus standard lens optimised for the imaging sensors of Sony mirrorless cameras.

When I write a review I have to consider the negatives as well as the positives – what might be considered the drawbacks?

This lens is definitely manual focus – there’s no denying it. If you must have automatic focus, this is not a lens for you. I used to consider myself restricted to auto-focus lenses, but I have learned recently that I can indeed use, even enjoy, a manual focus lens. I have to admit that learning to do so has improved my photography. No, I won’t be switching all my lenses to manual focus, but I no longer persevere with auto-focus in situations where it just doesn’t cope.

I was going to say that the lens did not offer click-less aperture control – something that I have never used, but I gather it’s useful when shooting video.

I was wrong to think that it’s not available. You can indeed change the aperture without clicks on this lens.

The technique is not obvious, so allow me to describe it. I found it easiest when the aperture ring is set to f/2 or f/16 (although you can start anywhere): you must grab the ring labelled APO-Lanthar (in front of the aperture ring), pull it toward the camera body, and rotate the aperture ring. Once you are away from your starting point, it will stay in place, and you get click-less aperture control. The only catch is that it will re-engage click when turned back to the starting point, so start from the aperture that you don’t want to use while click-less.

I only discovered this after reading that the lens offered the feature, and experimenting – maybe describing it here will save someone else!

A couple of times while I was out and about with this lens I was asked if it was an old lens. A lot of recent lenses look alike: the rubber focus ring doesn’t have any markings on it, they don’t have an aperture ring. This is not one of those. This lens has an aperture ring engraved with f numbers, a focus ring engraved with distance markings in feet (red) and metres (white), and even has depth of field markers for f/4, 8, 11, and 16.

This lens is a good example of retro styling done well.

I began this review looking for a good standard lens to use with the Sony A7R IV, one not too big, not too heavy, and sharp enough – I wanted a lens I could use all day without getting tired.

It is definitely light enough, both in weight and in the amount of light it gathers.

I was shocked (and delighted) by how sharp it is. I can blow a 60 megapixel image up to 100% and find in-focus images sharp to the pixel level. The catch (there’s always a catch!) with that sharpness is that I must ensure my focussing is as accurate as possible, because you will see every time I miss focus. I really like that: when my camera and lens are better than I am, it forces me to improve! I have to say that my manual focus skills have improved a lot over the course of this review. It also encourages me to take a breath and think about the shot, too.

This lens can be used with any Sony E mount body, and it can produce excellent images on every one of them. On the A7R IV it really shines.

I have awarded this lens my ultimate accolade: I bought one for my camera bag.