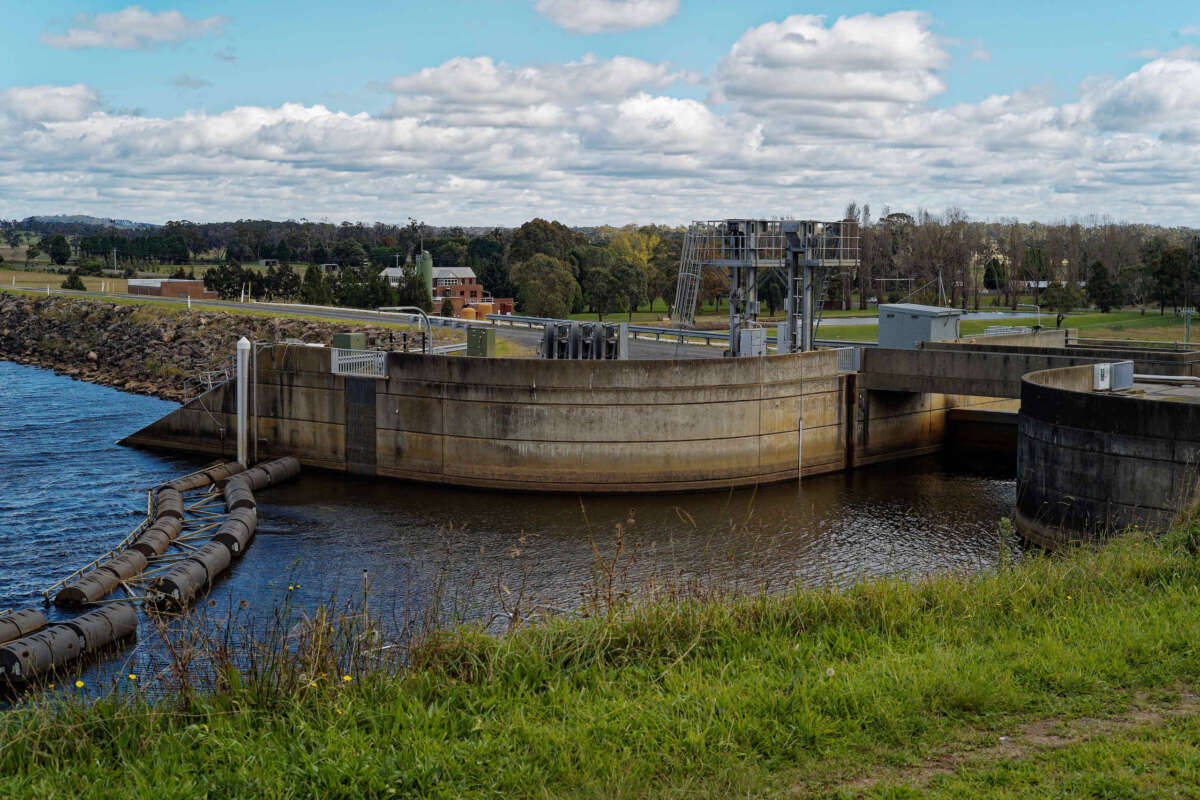 Part of the swamp collapsed during a storm in 1998, detaching large blocks of peat which now float in the reservoir, reducing the operating capacity by 9 billion litres of water. To protect the spillway from floating peat blocks, two new barriers were installed in the reservoir in 2012 – one in front of the spillway, and one further away in the reservoir.

The earth and rockfill dam was completed in 1974.

We visited the reservoir on 11 April 2021. It was very difficult to find and the instructions and map in the WaterNSW web site did not appear to be correct, or consistent. Apple Maps was no help either as it directed us onto a private road locked by a gate. We finally found it off Kangaloon Road. The picnic area is quite small, but located close to the spillway. Incidentally, the spillway is in operation, but it was difficult to get a good photo of it.

Chris Tham2021-05-011 min read
This is a series of articles exploring the network of dams that provide water to Sydney.
Read More

Chris Tham2021-05-033 min read
Located about 65 kilometres west of Sydney in a narrow gorge on the Warragamba River, Warragamba Dam is one of the largest domestic water supply dams in the world.
Read More

Chris Tham2021-05-063 min read
Cataract Dam is one of the oldest and most picturesque dams in Sydney.
Read More

Chris Tham2021-05-082 min read
Cordeaux Dam is the second of four dams constructed as part of the Upper Nepean Scheme to collect water from the Illawarra Plateau.
Read More

Chris Tham2021-05-102 min read
Nepean Dam was the last and smallest of the four dams constructed as part of the Upper Nepean Scheme.
Read More

Chris Tham2021-05-142 min read
Woronora Dam is the fifth dam built as part of Sydney’s water supply network, and the final one to be built before World War II.
Read More

Chris Tham2021-12-202 min read
Avon Dam was the third and largest of the four dams constructed to collect water from the Illawarra Plateau. Created by damming the Avon River and completed in 1927, Avon Dam’s main role today is to supply water to the Illawarra region.
Read More